Located southwest of Amman (Jordan's capital city) lies Madaba, widely known for the 6th-century mosaic map of the Holy Land presented in the Greek Orthodox Church of St. George. Ancient relics abound in a city that sits this close to the legendary biblical hill of Mount Nebo, which overlooks the Dead Sea, as well as the vast Jordan Valley. Visiting this mystical area of the Middle East means having no shortage of culturally and historically important points of interest to visit, including a vast desert plain teeming with wildlife that can only be encountered in this part of the world.

Resettled by Christian Arab tribes during the latter part of the 19th century, both Arab Muslims and Christians occupy the ancient city located on the Jordan Plateau. As one of the most renowned archeological digging spots found anywhere in the world, Madaba accentuates its ancient culture by presenting myriad artifacts in a number of highly popular museums. In fact, visitors from as far away as the Far East and North America make the pilgrimage to Madaba to enrich their cultural perspectives.

Romans made the area a classic provincial town by building a wall encircling the city and large water cisterns that provided sustenance for town residents. The wall doubled as an aesthetically appealing structure and as a barrier that deterred foreign invaders. At the beginning of the 8th century, Madaba became a vital center of commerce for denizens of other Middle East enclaves and travelers migrating from the war torn strife of Central Asia. About 1200 BC, the Bible’s book of Exodus mentions the Jordanian town as a refuge for a wide variety of cultures. And today, it's a bucket list destination for adventurers the world over.

Things to See in Madaba

Madaba is incredibly rich with cultural and historical attractions, which makes it difficult for visitors to prioritize sightseeing itineraries. Visitors to this ancient enchanted land should place these three attractions on their must-see list: 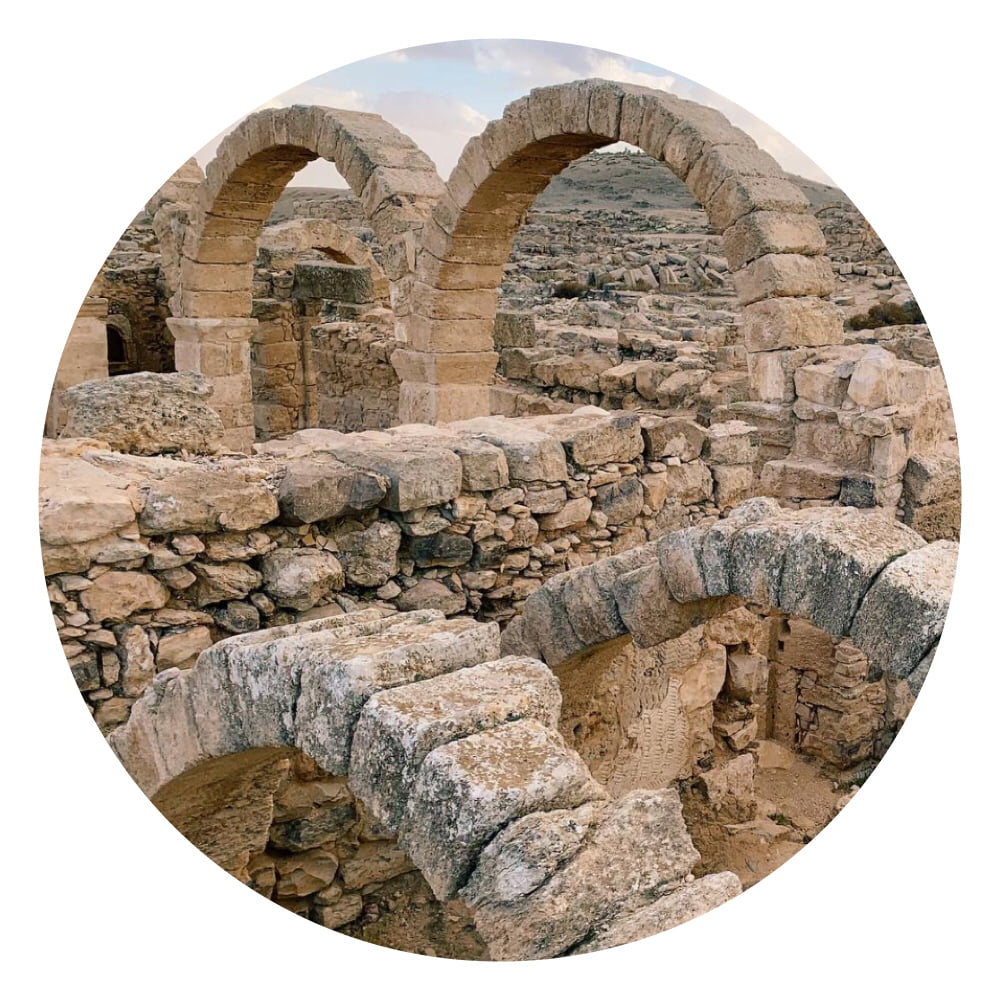 Mentioned in both the Old and New Testaments, UMM Ar-Rasas is a rectangularly-enclosed area of Madaba that features four churches and stunningly beautiful stone arches. The ruins found here surround the church of St. Stephen, which dazzles visitors with its pristine preserved mosaic floor that Christians created back in 718 AD. The mosaic depicts 15 historically significant Holy Land cities that spread out from both the east and west of the River Jordan.

Opened to rave reviews in 1987, the Madaba Archaeological Museum includes several adjacent homes constructed above Byzantine mosaic floors. Several ancient mosaics from Hesban and Mount Nebo complement the attractive collections of ancient glass sculptures and ceramic pottery. Inside the tranquil room of the Umm-Al-Walid sit an amazing collection of silver Ptolemaic coins from Muraba’ at Musa, as well as a substantial collection of gold Umayyad dinars. 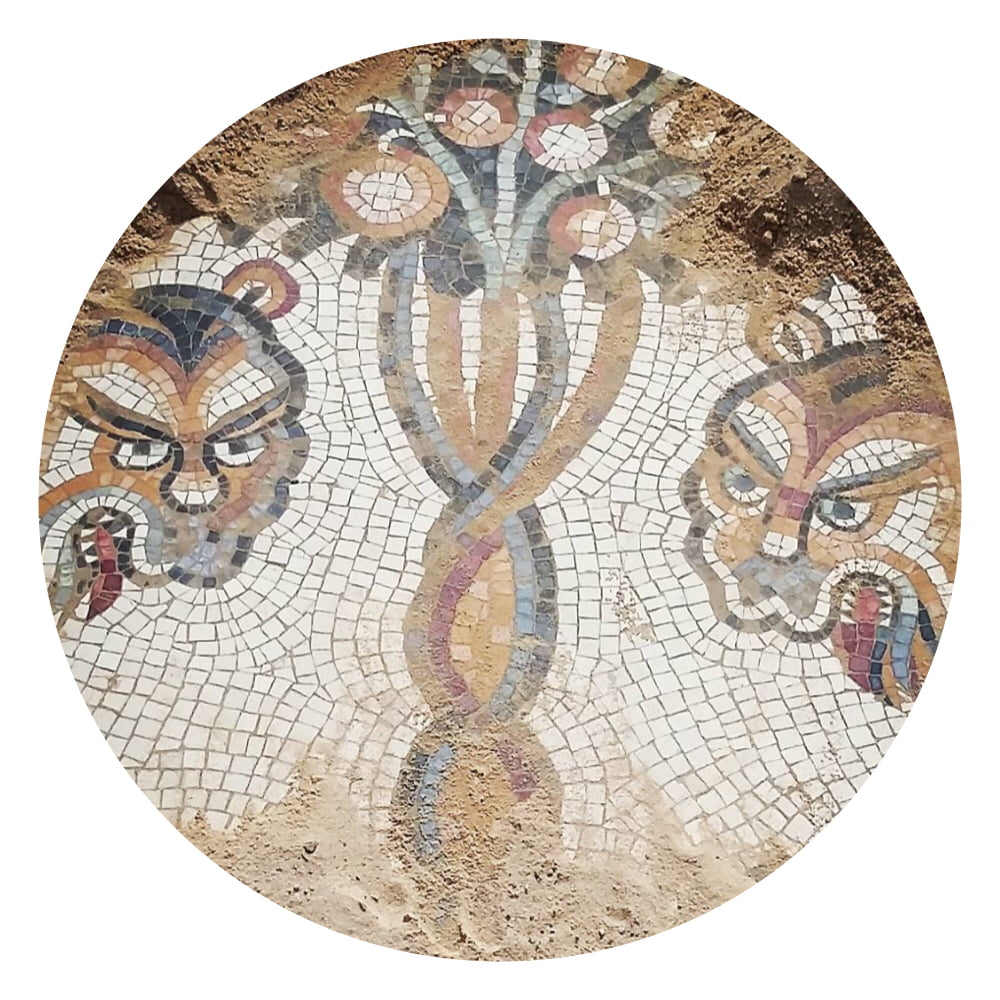 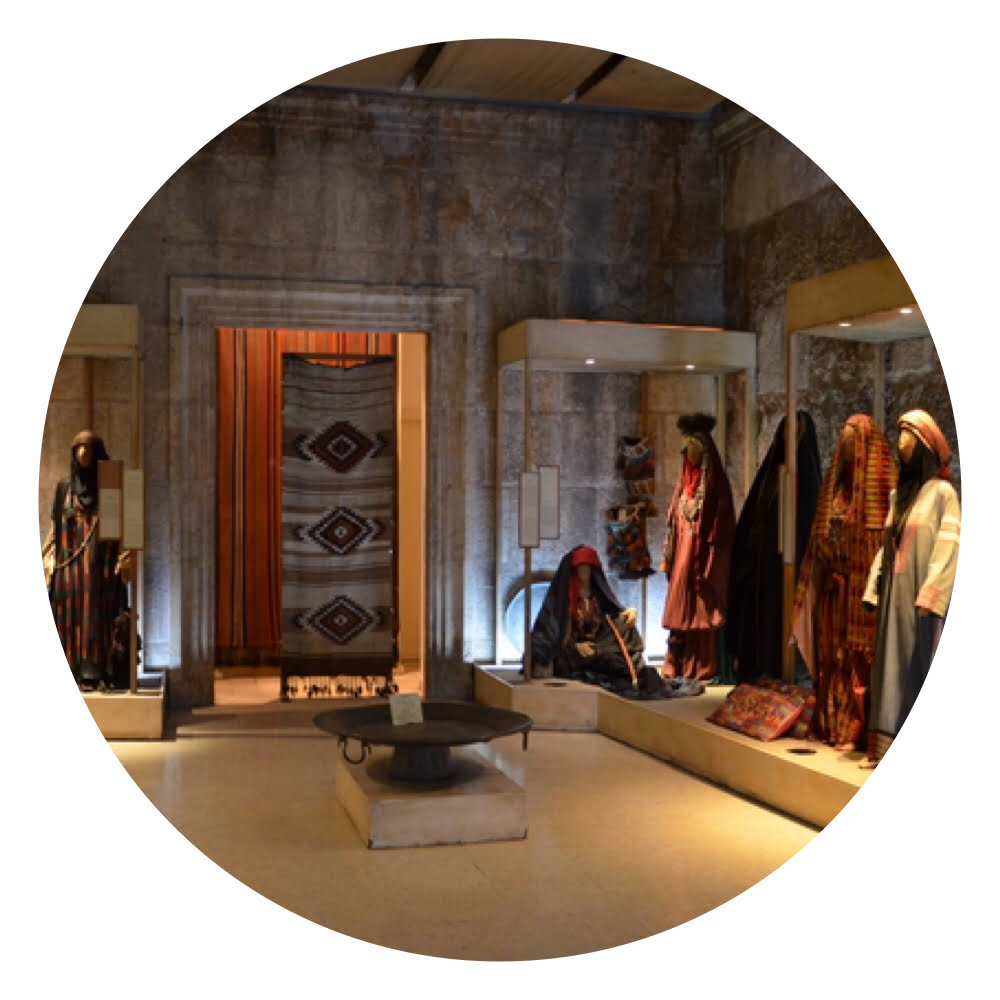 Since 1978, the Madaba Folklore Museum consists of a traditional Jordanian home built on Byzantine mosaic floors. The mosaic floors present sharp geometric designs, including a scene displaying two rams and two peacocks surrounding a colorful vessel from which two vine scrolls unfurl. A small room is decorated with four trees positioned at each of the room’s four corners. The spaces between the trees present the figures of two birds, two hares, two rams, a bull and a lion enjoying a grass meal together.

Things to Do in Madaba, Jordan

Local tour guides ensure every visitor to the ancient city of Madaba, Jordan, enjoys a wide variety of things to do. From dining on ethnically-authentic cuisine to absorbing the historical enormity of archaeological digs, visitors to the city have plenty to do throughout an extended sojourn.

No Food Channel show can do the delectable cuisine of this ancient city justice. Here are some spots you want to keep on your radar:

• Adonis Restaurant & Café sits in a restored Madaba home. The restaurant specializes in typical Jordanian cuisine, with a nod to French interpretations.

• Serving fresh hummus and falafel every day, Abu Yousef is a vital part of the culinary fabric that defies Madaba, Jordan.

• And for visitors that want to take a fresh loaf of bread back to the hotel, Al Baraka Sweets specializes in offering honey drizzled pastries topped with nuts and sugar.

One of the main reasons why Madaba thrives as a tourist destination are the ornate churches that locals have preserved for several centuries. As a treasure of early Christianity, the St. George’s Church is a relatively modest 19th century Greek Orthodox house of worship. The church of the Beheading of Jon the Baptist received a recent restoration to amplify the magnificent ancient ruins that encircle the church. A large mural depicts one of the most historically pivotal religious events described in the Bible. In fact, the Church of the Apostles has paid homage to each of the twelve apostles since at least 568 AD.

Some of the most meticulously maintained archaeological sites are located in and nearby Madaba, Jordan. Madaba Archaeological Park I and the Virgin Mary Church received a thorough excavation and restoration at the turn of the 20th century, and their collections of ruins and finely cut mosaics consist of some of the most coveted ancient artifacts in the world.

Archaeological Park II contains numerous walkways that wind through a luxurious 6th century mansion. Destroyed by an earthquake and a fire caused by a massive tremor in 749 AD, the site presents a clear view of a mosaic portraying a hunting sequence, and its highly interactive Visitors Centre represents the optimal place to start any archaeological site tour.

The Best Time of Year to Visit Madaba

Madaba can become uncomfortably hot during the summer months and bone-chillingly cold in winter, and the vast open desert invites strong winds to heighten the discomfort of the extreme temperatures. Therefore, the best times of the year to visit the ancient city is from March until late May, or September through November.

Rain is a rare weather event in Madaba because of the low humidity and the lack of weather front movements. Temperatures during the milder months range between 61.3 degrees Fahrenheit to 91.9 degrees Fahrenheit.

Despite the torrid heat of summer, the busiest tourist months in Madaba run from June through August. If you travel to Madaba during the summer, you can expect to pay more for virtually every type of amenity.