Jordan attracts visitors from all over the world for a wide variety of reasons. Historically significant architecture — especially with the designs of the countless churches — is one of the primary reasons Jordan remains a destination hot spot for tourists. Another compelling reason to visit the Middle Eastern country is to spend time at one or more of the venerable holy sites that honor several different religions. One such holy spot is called the Baptism Site, and it is arguably the holiest of all the holy sites located in Jordan.

During the Biblical era, scholars referred to the Baptism site as “Bethany Beyond the Jordan.” Standing tall on the naturally-created hill at Tell el Kharrar, the site where John the Baptist lived, was baptized, and ministered, is part of the Bible in John 1:28. The land where the holy site is located also receives mention in another John passage that describes how Jesus escaped from the Pharisees in nearby Jerusalem. Jesus evaded his captors by crossing the Jordan River and discovering the place where John performed his first baptism. 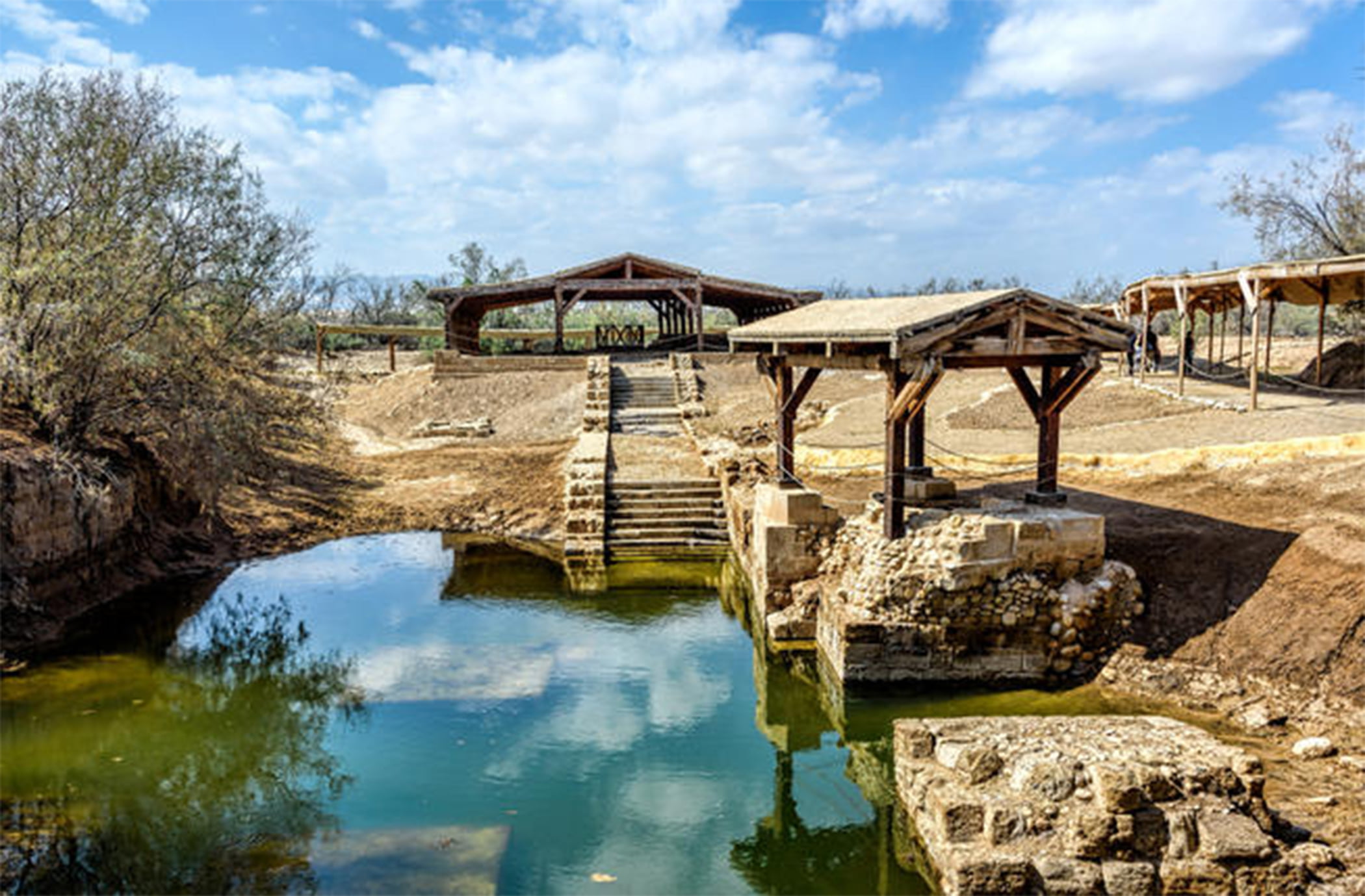 The area encompassing the Bethany Beyond the Jordan is associated with numerous ancient prophets and legendary Bible personalities, such as Moses, Elisha, and Joshua. Called Elijah’s Hill, the tall naturally formed mound at Tell el-Kharrar is considered the place where Elijah climbed to heaven in a firestorm of horses and chariots. The ascension to heaven occurred after Elijah parted the Jordan River and walked across the body of water with the Prophet Elisha.

During the Roman reign, the area called Bethany Beyond the Jordan was referred to as Betennaboris. Later in the 6th century, a Byzantine mosaic map made in Madaba referred to the area as Ainon, which is now called Saphsaphas.  The contemporary name of the area comes from the importance of the hallowed willow tree that plays a vital role in the preservation of the Jordanian culture.

As the primary pilgrim station during the days when John the Baptist lived nearby, the Baptism site welcomed many of his students after he died. The site is often linked with the birthplace of Christianity, although religious scholars differ on this important designation. Other culturally significant places are located adjacent to the holy site. Around the start of the 14th century, the military power of the Crusaders began to wane. The Baptism Site started to fall into decay because of neglect caused by return of the site to the control of local tribes.

Discovery of the Madaba Map

In 1897, an Israeli scholar discovered the long lost Madaba map. The map is a 6th century mosaic masterpiece that depicts the entire layout of the Middle East during the time when the land surrounding the Baptism Site thrived with bustling commerce. The discovery and thorough analysis of the Madaba map triggered new interest about the exact location of the Baptism site. Pilgrims continue to flock to the area in attempts to uncover physical clues that confirm the authenticity of the map.

Things to See at Baptism Site

The incredible vastness of the desert wilderness acts as a powerful magnet that attracts religious pilgrims from across the globe. However, a majority of the tourists visiting the area spend most of their time at two historically important venues. 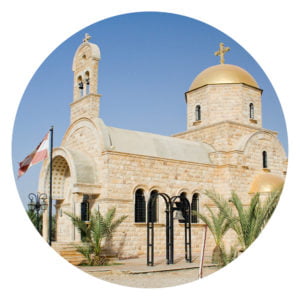 Church of St. John the Baptist

Constructed at the onset of the 20th century, the Church of St. John the Baptist is considered one of the most important ancient archaeological sites. Designed with antique stones going back to the early Biblical era, the church boasts a visually compelling façade supported by Roman and Corinthian columns. Walking down the church vault leads to a Moab Era well that is more than 3,000 years old. Spend time in the chapel, where curators have added a visitor center displaying myriad pieces of art and relics dating back to the time of John the Baptist. Climbing to the apex of the bell tower opens to a spectacular view of Madaba. The Church of St. John the Baptist remains one of the must see cultural venues located within and around Madaba. 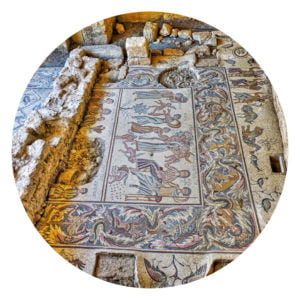 Designed by connecting several ancient homes, the Madaba Archaeological Museum towers above brilliantly assemble mosaic floors. Highly positive reviews that followed the 1987 opening of the museum created an immediate flow of heavy tourist traffic. The mosaic floor complements the aesthetic appeal of the ancient pottery made of ceramic, as well as glass sculptures that reflect colorful light backs towards where the sun casts its warm glow. Within the peaceful Umm-Al-Walid room, visitors to the museum marvel at the rare collection of silver Ptolemaic coins and shiny gold Umayyad dinars. 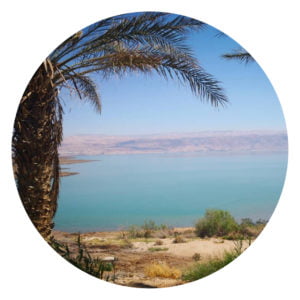 Forming the border that divides Jordan, Israel, and the West Bank, the Dead Sea features banks that descend more than 400 meters below sea level. The high saline content of the sea allows for objects to float to the top of the water, where visitors to the area watch from the nearby shore. Mineral-rich mud forms the foundation for cosmetic and therapeutic treatments administered by licensed professionals working at resorts surrounding the famous, religiously important body of water. The desert encircling the Dead Sea offers visitors numerous oases to settle in for relaxation, as well as historic sites that are part of tours sponsored by Madaba travel agencies.

Things to Do at Baptism Site

Unless you are familiar with the area from previous trips, it is highly recommended that visitors book one of the many tours offered by regional travel companies. One recommended tour is the Baptism Site and Al-Salt Walking Tour. Starting in Amman, the tour spans a little more than eight hours. You visit the area adjacent to the Jordan River that the Vatican has declared is the baptism site of Jesus. Discover the natural splendor of Roman and Byzantine baptismal pools, as well as ancient caves that attract world renowned archaeologists. You should also take a short walking excursion on the Harmony Trail to Al-Salt accompanied by a seasoned local guide.

The area surrounding the Baptism Site teems with carefully managed archaeological sites. After receiving a comprehensive restoration shortly after the start of the 20th century, Madaba Archaeological Park I offer visitors up-close looks at hallowed ruins and distinctly cut mosaics, while Archaeological Park II provides seemingly countless walkways that meander across an ornate mansion built during the 6th century. One of the most popular mosaics displays an unobstructed view of a hunting scene captured in an area in the vast desert wilderness. It’s not to be missed!

The Best Time of Year to Visit the Baptism Site

Because of low humidity levels and few weather fronts moving through the area, the area around the Baptism Site is favorable for tourists to visit any time of the year. That is, if high temperatures do not bother you. The Baptism Site sits in a desert microclimate that experiences extreme heat from June through August. But with winters ushering a bit of a cool down, spring and fall are exceptional times of the year to visit the Baptism site.

The hot summer months do not discourage visitors from making the pilgrimage to the Baptism Site. In fact, summer is the busiest time of year for the tourism trade, not only at the Baptism Site, but also in Madaba, Jordan.