Located on the southern tip of Jordan is Aqaba, the nation's only coastal city. With nearly 150,000 residents, Aqaba is the most populous city in the Gulf of Aqaba and it’s not hard to see why. The beautiful waterfront is the ideal destination for snorkeling, scuba diving, fishing, windsurfing, parasailing, and more. If you’re interested in warm weather outdoor activities, Aqaba is a must-see – but don't miss out on taking in the culture and history too. 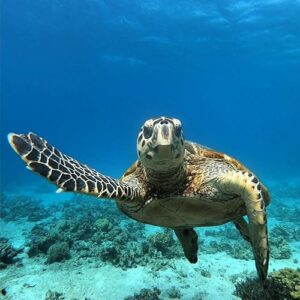 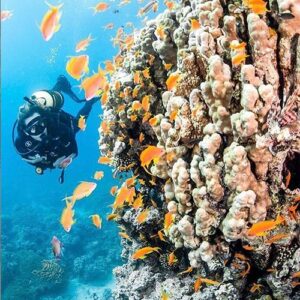 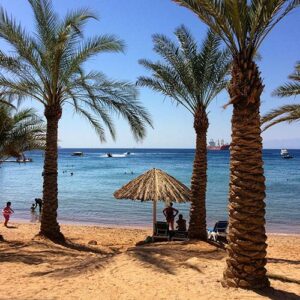 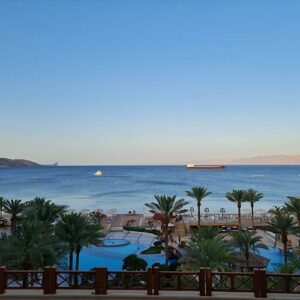 Aqaba is located next to Petra and Wadi Rum. Together, the three cities are known as the “golden triangle of tourism” and draw a lot of visitors to the area. Aqaba is a duty-free and low-tax city which is why it’s so attractive to developers. Large projects like the Saraya Aqaba, Ayla Oasis, and the expansion of the Port of Aqaba as well as future large-scale projects are expected to contribute to even more growth.

While Aqaba definitely has a bright future, its past is also a part of what makes it so special. Aqaba was known to be inhabited as early as 4000 BC and was a major trade port for thousands of years. Thanks to its ideal location, it was home to the first seaport in 1500 BC. Known as Elath and built by Edomites, this area became the home of copper trade and production.

Elath was conquered by the Assyrian Empire in 735 BC and later by the Babylonians in 600 BC as its location became more strategically important to trade. Ownership of the city changed hands over the centuries. It was conquered by Rome and renamed Aela then fell in the Islamic conquest and received the name Ayla. Eventually, the city came under the control of the Kingdom of Jerusalem. Over the next 400 years, it lost a bit of what it once was, remaining underdeveloped and operating as a simple fishing village. Then, in the 1900s, the Hejaz railway was constructed and connected Aqaba to major cities like Damascus and Medina, helping the port city to thrive once again.

There are a lot of things worth seeing in Aqada. If you’re a history buff, be sure to stop by the Aqaba Castle, also known as Aqaba Fort of Mamluk Castle. Originally constructed by the Mamluk sultanate to be used as an inn for travelers making the voyage to Mecca, it was later the site of one of the famous battles of the Arab Revolt. This important victory can be seen in the famous film, Lawrence of Arabia.

The Awaba Flagpole is one of the most famous sites in the city. It’s 137m high and flies a large flag commemorating the Battle of Aqaba that took place in 1917, an incredible victory in the revolt against Ottoman rule in the Middle East.

Another historic site to see is the Fourth-Century Roman Church. While it may not seem like much at first glance, this is believed to be the oldest purpose-built church in the world. Archaeologists believe it dates all the way back to the late third or early fourth century and was believed to have been leveled by an earthquake after only a century of use.

Head north-west of the city center and you’ll find the ruins of Ayla which represent a key part of Aqaba’s history. It’s one of the earliest cities to be found outside of the Arabian Peninsula and is an important location to Islam. The site is fairly limited but it’s still an interesting sight to behold.

If you’re looking for something more modern to do, take a look at the Aqaba Aquarium, which itself is a part of the Aqaba Marine Science Station. Here, you’ll find large and small tanks that are home to various coral and sea life that call the Gulf of Aqaba home. If you’re planning to do any snorkeling or scuba diving, this is a great way to learn about the things that you’ll be seeing when exploring the water.

You could also make a stop at the Aqaba Heritage Museum, a free attraction that houses many interesting historical photos and artifacts from the city’s vast and fascinating history, including a reproduced letter to the city’s inhabitants from the Prophet Muhammad and various displays that show what traditional life in Aqaba was like.

The Red Sea is one of the area’s primary tourist attractions and there’s no better way to explore it than by going scuba diving. The water is clean and warm and even beginners will love taking in the beautiful views of the local coral and sea life. There are plenty of places to get gear, including the Red Sea Dive Center, Ahlan Aqaba Scuba Diving Center, and Arab Divers Village.

Interested in experiencing the great outdoors without going in the water? Take a hike up to Mount Um al Nusalah. This short, intermediate hike provides amazing views of Aqaba and the surrounding area and the Red Sea and is a great way to start your morning.

If you want to do something a little more relaxing, pamper yourself at the Zara Spa. This popular tourist location is the perfect place to unwind. Here, you’ll find a sauna, steam room, hydro pool, and many other facilities. You can also have your hair and nails done or use the special ice fountain to tighten and stimulate your skin.

Travelers can enjoy a visit to Aqaba at any time of the year. The hot summers are perfect for enjoying water sports and other outdoor adventures and even the coldest winter days only reach about 68 to 86 degrees Fahrenheit.

Aqaba is one of the premier tourist destinations in Jordan. From its incredible weather and numerous activities to its rich history and fascinating sights, this city has something for everybody.